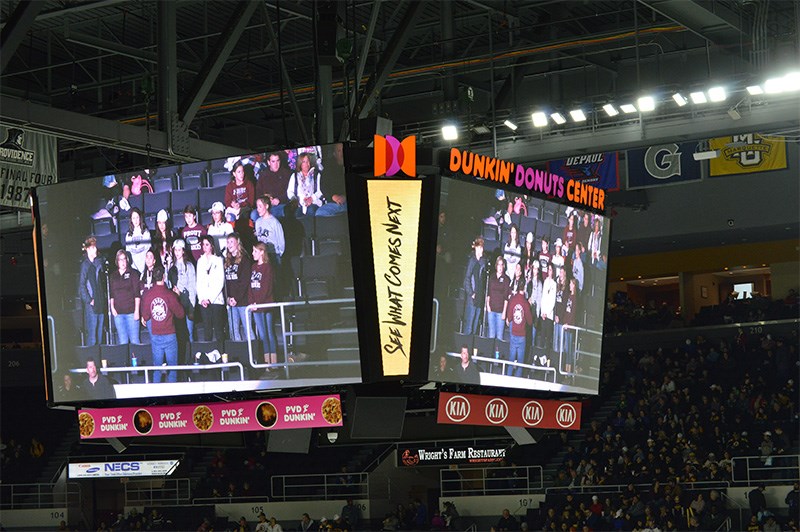 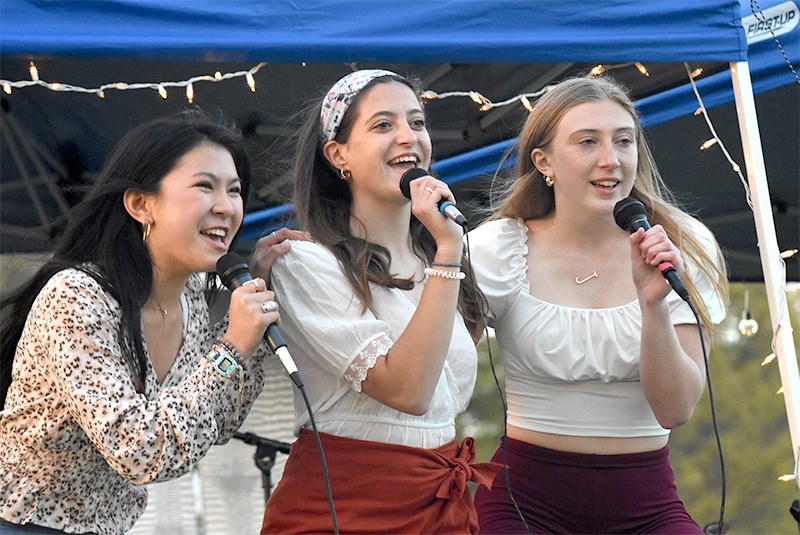 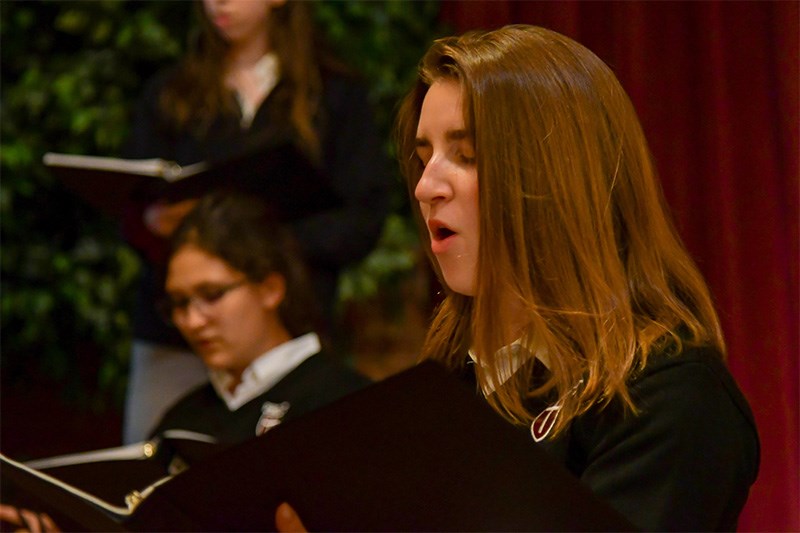 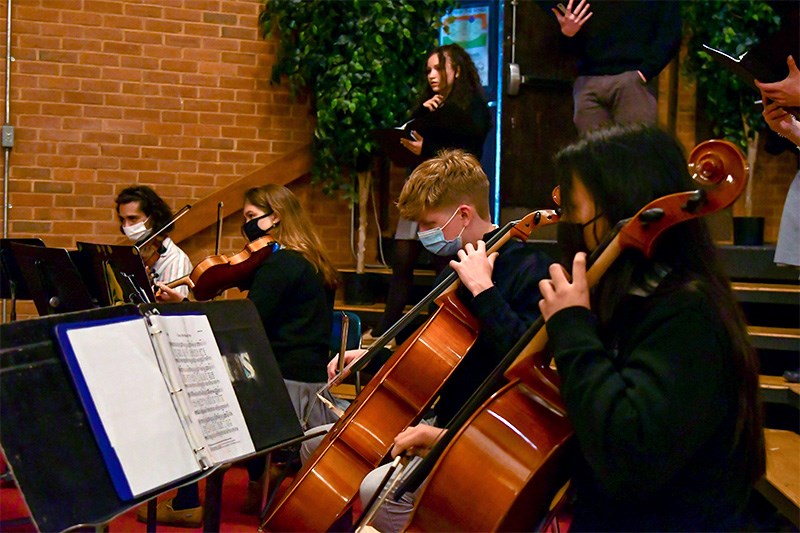 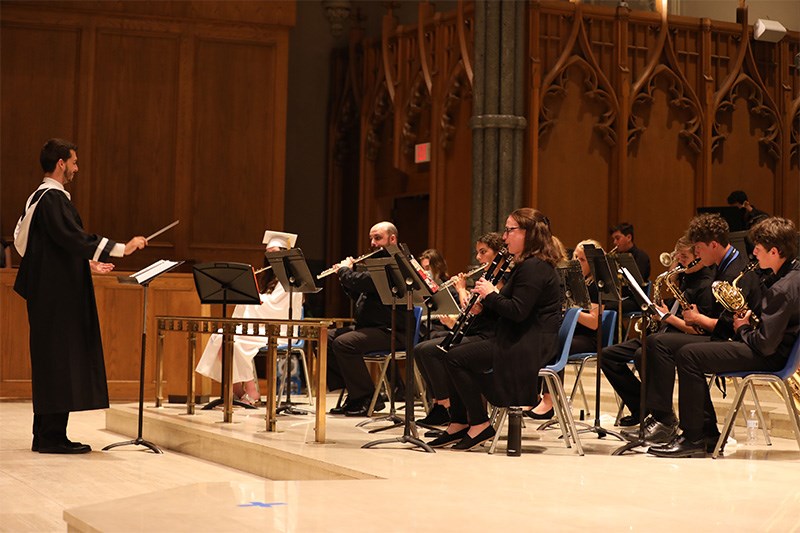 The music program at Prout provides students with a collaborative, creative environment where they can develop their musical talents and be exposed to diverse styles and traditions of music.

Prout’s music program is full of opportunities for students to explore and grow their musical talents. Whether they have been playing an instrument their whole life or want to start playing for the first time, students are welcome to join any of our performing ensembles: Concert Band, String Orchestra, Choir, Jazz Band, or A Cappella club. Students are also able to participate in extracurricular performances. Prout’s student musicians perform regularly for school-sponsored functions such as home games, Open House and Prout’s annual Auction. As well as locally at venues such as Brightview Commons, the Cathedral of Saints Peter and Paul, and the Dunkin Donuts Center. Our students are frequently selected for the RIMEA All-State Festival and consistently earn medals at RIMEA’s Solo & Ensemble Festival.

Rehearsals for most ensembles are offered in the morning, so students are able to participate in music without causing academic or athletic conflicts. Students may elect to take Concert Band, Choir, and Strings at either the CP or Honors level; students seeking Honors credit are expected to show some deeper engagement with their craft in a way meaningful and interesting to them.

Director of Music Ryan Cox has been a member of the faculty at Prout since 2018, originally as a full-time math teacher before taking on the role of Director of Music in 2020. He currently splits his work at Prout between both departments. He earned a Bachelor of Arts in piano performance and mathematics from Providence College in 2018, and completed his teaching certification also at PC in 2020. He directs the concert band, string orchestra, choir, and a cappella group.

In addition to teaching, Mr. Cox has worked as a freelance musician since 2012, primarily as a liturgical musician within the Diocese of Providence and as music director for local high school and community theatre productions. His directing style aims to establish a balance between contemporary and traditional repertoire to expose students to a wide array of musical genres. His musical interests include arranging, a cappella, and music theory