On September 8, 1966, Prout Memorial High School opened its doors to a student body of 95 freshman and sophomores, all girls. The faculty and staff included nine Sisters of the Cross and Passion and five lay teachers, led by Sister Dolores, CP, the school's first headmistress. 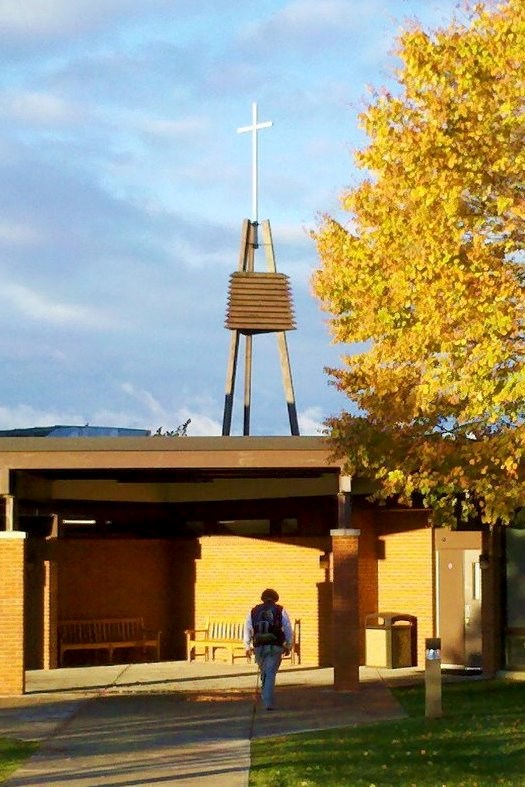 The Prout School stands on an estate previously known in South County as "Shepherd’s Run”. In 1959, the 212-acre estate was sold to the Sisters of the Cross and Passion from Manchester, England. The Sisters placed a great value on education, building a secondary school in every country where they established a province. The Sisters realized their goal of establishing an American school when Prout Memorial High School for Girls opened its doors on September 8, 1966. The school was named after the foundress of the Passionist Sisters, Mother Mary Joseph Prout.

Prout Memorial High School was constructed in the form of a cross not by accident, but by design. A bell tower courtyard is the central point of the school. General and private offices, the library/media center and two commons areas surround the courtyard, North and south wings of the building house classrooms, as well as a garden each. Eastward is situated the 720-seat John J. Neidl Performing Arts Center. To the west is McVinney Gym.

In 1981, Prout became a diocesan high school. However, the founding Sisters remained as administrators and teachers. In September of 1986, responding to the need for a Catholic, coeducational high school in southern Rhode Island, Prout opened its doors to young men.

The traditions of community and academic excellence continue at Prout. One year after celebrated our twenty-fifth anniversary, we became only the third Catholic school in the United States to be accepted into the prestigious International Baccalaureate Organization, based in Geneva, Switzerland.